Cellos is a string instrument. Appeared toward the end of 16th century, it was particulary used during Baroque century. It is in the same instrument family that violin or viola, and it's played rubbing strings with a bow or plucking them. Its 4 strings are respectively tuned in C, G, D and A. With its bulky volume (29in of lenght against 17in of width), it's played in sitting position.

It's Kanon's parents who have chosen the cello (before her birth they knew their child would play the cello!). She's started to learn music theory as soon as she's 3 years old. And what she thinks about that : "It was not so hard. Of course, you can't escape the hours of scales or the assimilation of music theory, but I was lucky to have an atypical teacher. He managed to turn each lesson into a game. Cellos require an awful lot of perseverance, more than certain others instruments. So I can't say I have never been discouraged. But from now on, I'm completely linked with cellos. He is, for me, the most natural way I have to express myself." (Extract of Kanon's interview for Coyote Mag n°31, France, 2009) 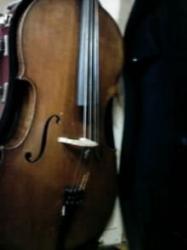 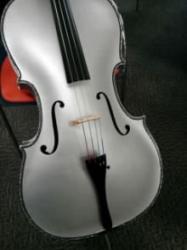 The first kanji means 8, the second heavy, and the last spring. Is it the moment when she bought it ? , and the second kanji for his tall. -san means "Mister", it's a respect mark.
Yaeharu is the first Kanon's cello. We guess it's the one she used for the audition at Sony Music and maybe for her lessons, but it doesn't appear in any clips or public appearances.

Both first kanjis means seven thousand. The third kanji also means heavy. -chan is an affection mark, often used after girl's name. (2008)
Nanachie (2008) is her second cello, and marks the beginning ot her singer's career. It follows Kanon as in press articles as during lives. We can still see it in still doll and Suna no Oshiro's music videos, and partly in Lolitawork Libretto~storytelling by solita~.

His name means "the third day of the month". And -kun is also an affection mark, but used after boy's name. (2009)
Mikazuki (2009) is the cello which went with Kanon when she has traveled in 2009. It's the one shown at the Fnac showcase on the Champs-Elysées (Paris, France), at her Japan Expo live (France too) or when she's been to Amoeba (shop in San Fransisco, United-States).

His name is written in hiragana, so the meaning is really abstract. Momo may mean peach, or pink colour. If it's like other cello's name, "to" means hundred. "Se" may mean quickly current, maybe an allusion to the rhythm. -chan is an affection mark, again.
Momotose is the recentest cello among the four instruments. With Nanachie, it shares Lolitawork Libretto~storytelling by solita~ music video. Besides it was used for many lives during summer 2010 in Japan, to promote the release of her second album.